Aka how to make a quick and convenient bird costume for an inappropriately named Jungle themed birthday party. My darling friend Jojo was having a birthday party with the theme ‘Jungle Fever.’ Everyone thought that was a bit awkward, but we like Jojo so no one said anything. About a week later she sent us the Urban Dictionary definition of Jungle Fever and said “did you guys know what that meant?”

Anyhow, the theme was to dress up as an animal you’d find in the jungle. I’ve got a great (totes not this season) dress from French Connection with this bright jungle-y bird pattern, so I decided to be a bird. 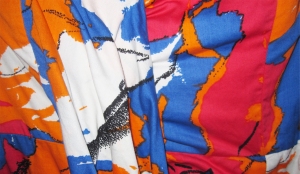 The materials I used are brightly coloured feathers, some thin balsa wood, a craft knife, and some kirby grips/bobby pins. 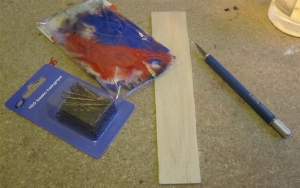 I cut a small piece off of the balsa wood for the base of the hair clip. 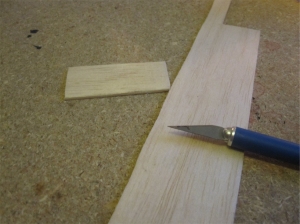 Then I gathered together the feather colours that matched my dress. On a side note, when I went to buy the feathers at a craft store the guy took one look at me and said “yes we sell feathers but they are not organic or free range.” I’m in a craft store buying colourful feathers, why would I care if they were organic? If I cared about that I’d be out in a field picking up discarded ones, but literally no one has time for that. Anyhow. 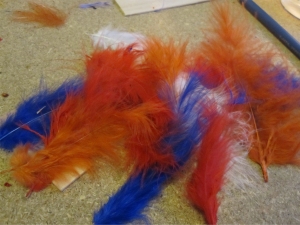 Then, using super glue, I glued the feathers to the balsa wood slider. 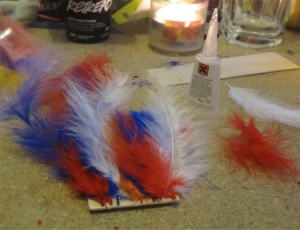 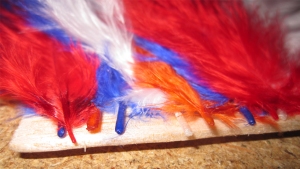 After that I cut another small piece of balsa wood to put on top of the slider, glued in on, and cut off the excess feather stumps sticking out. 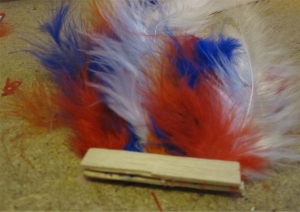 Then I glued three kirby grips to the base piece of balsa wood. 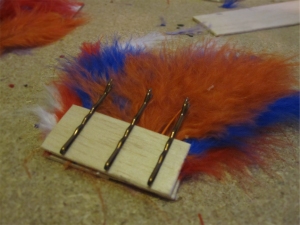 While that dried, I cut up the cardboard that the kirby grips came on, and folded it into a triangle nose 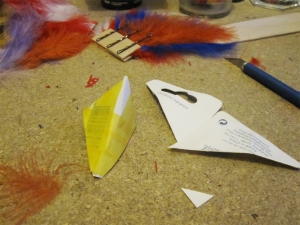 I wrapped yellow washi tape around the nose to reinforce it’s shape and give it a strong yellow colour. 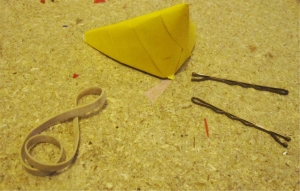 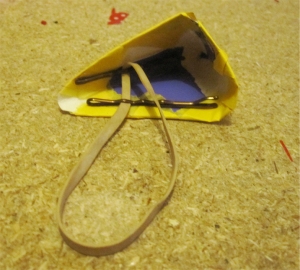 Here’s the two finished bits of the costume. I also wrapped yellow washi tape around the slider to make it a bit neater. 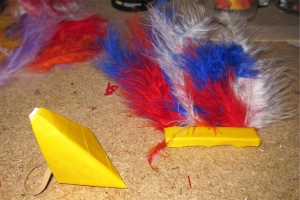 Unfortunately I have no good pictures from the party (might have a little to do with the wine, not sure) but here’s a selfie I took on my way out. 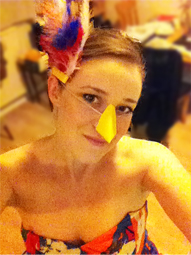 A quick, easy costume that took less than 30 min to make and cost under £5. Result!