The latest tube adventure was the excellent Farewell to the C Stock Tour, a 5 hour C Stock extravaganza around London. The tour was the final trip of the C Stock on London Underground, and took in the stops that C Stock operated in during its 44 years in service. As the C Stock served the Hammersmith & City, Circle, and Edgware Road District Line, it was quite a number of stops!

The C Stock is made up of C69 and C77 Stocks. They first came into service in 1970, and began their lives on the Hammersmith & City and Circle Lines. They came out of service early in 2014 and the last one ran on the District Line on June 3rd, 2014. The trains were refurbished in the early nineties, and retained the majority of their characteristics until their last run. They have now been replaced by the smooth and modern S7 trains.

The tour was organized with a rather incredible precision to ensure that the train was able to travel smoothly and without disruption throughout its route. Apart from a few tourists desperately trying to board when we were stopped at red lights, and one photographer who got overexcited at Parsons Green and toppled over, it seemed to go without a hitch.

Here are some photos from my time in the C Stock carriage, and also time spent in the cab! 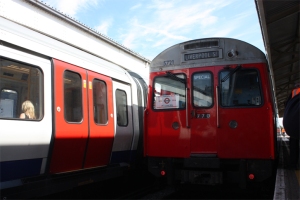 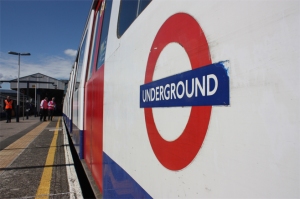 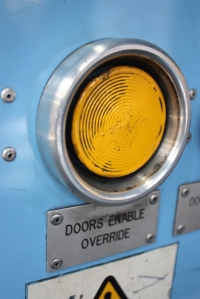 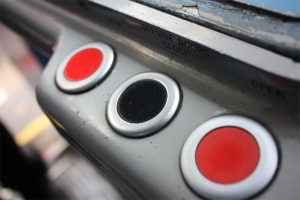 The Exterior with its final boards: 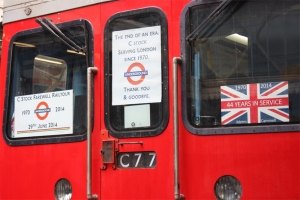 View from the driver’s seat:

And one happy little tube geek improperly using the mirrors at Wimbledon:

For this tour, I was generously given a ticket by the very kind Paul Bloomfield, for which I am grateful.