The Epping – Ongar railway is a stretch of effectively abandoned track and stations at the far end of the Central line. The line originally opened to passengers on 24th April, 1865 as part of the the Great Eastern Railway. This extension on the existing line included the stations Debden (originally Chigwell Lane), Theydon Bois, Epping (all still in service) and the now closed North Weald, Blake Hall, and Ongar. The line proved immensely popular initially, but over time fell victim to a lack of modernisation owing to the Second World War.

In the early 1930s, plans were made to electrify the rails out to Ongar. The suggested completion date was 1941, but the war put paid to those plans. In 1949 the line passed into the control of London Transport (after having appeared on London Underground maps as early as 1938), although the guide amusingly notes that the line could only be run on by British Railways-owned train stock, which where then leased to London Transport for their use.

In 1957, the line was finally electrified, but was only do so for “light electrification” — meaning the power available to the tube trains was limited at best. It wasn’t the fastest way to travel, and passenger numbers began to dwindle. In 1966, Blake Hall began to be closed on Sundays and operate a very reduced weekday service (the Cannon Street of it’s day.) Shortly after, services began to be reduced – which in turn led to an even further drop in passengers, as travel on this branch became noticeably less appealing and convenient. In 1981, Blake Hall was only receiving 6 passengers a day and so it was closed. In 1991 the line was operational in peak-hours only. In 1994, London Transport finally sold the branch of the Central Line to a third party who had promised to run commuter and heritage services on the line — and with that decision, the Epping to Ongar branch formally closed.

The line and it’s incredible original station buildings (with the exception of Blake Hall, now a private residence with its own tube platform – its fine, I’m not jealous) are now maintained and lovingly preserved by a dedicated team of volunteers – the Epping Ongar Railway Volunteer Society – and now runs heritage days with a rather impressive collective of engines and carriages.

Here’s what we go to see on our big day out: 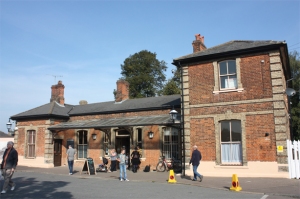 Ongar station is a Grade II listed building. It has been completely restored to its original condition, and includes many delightful period features from when it was built. It is decorated in the colours it had during the 1880s-1903s, when it was a station of the Great Eastern Railway.

The glass windows in the Ladies’ Waiting Room at Ongar Station. 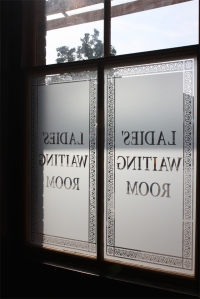 The Cravens 1960 Unit. The last trains of these stock ran in the early 1990s, and spent their last days serving the Epping – Ongar branch before the line’s closure in September 1994. 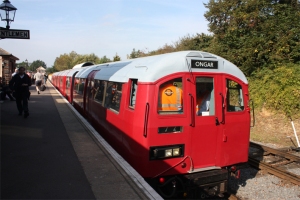 The map from the Cravens last year of service.

The interior. There were actually two different types of train used for this journey – the 1960s Cravens stock, and refurbished 1938 tube stock. The 1938 carriage was the last of its kind to be used in regular service. The three carriages have been linked together and ‘in service’ together since the 1980s. The ones pictured directly below are the 1960s stock. 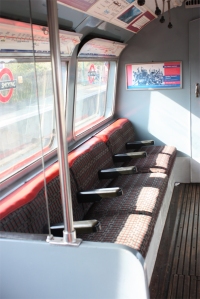 According to the guide, this bad boy is a “Diesel Electric Multiple Unit – BR Class 205, Number 1111 (TOPS 205205)” which is dated from 1957 and restored into Network South East Colours. We ended up with a bonus ride on this one when the steam train broke down, and it was enjoyed immensely by everyone!

Some general shots of the day: 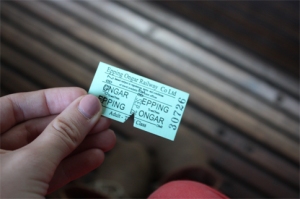 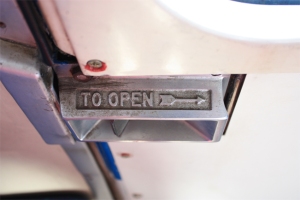 This station has also been completely restored, athough this station is done to a slightly different historical period of this line’s history. North Weald is now as it was during the 1940s-1960s period, during which time it was a LNER/BR(E) station. The signal box is the original one from 1888! 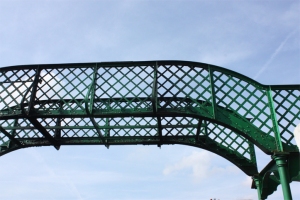 Buses. Just in case you like that sort of thing. 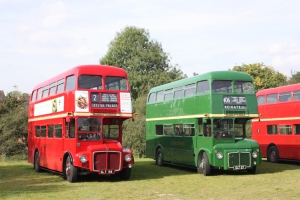 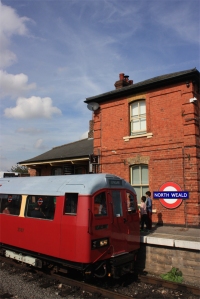 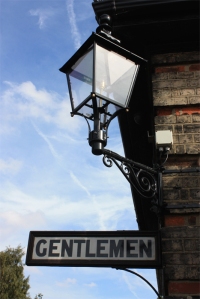 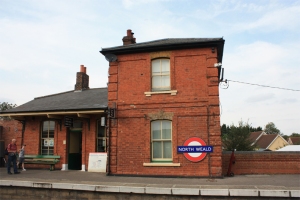 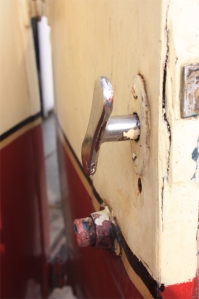 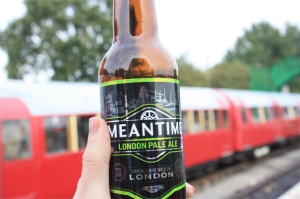 The view from the front of a train.

(I was very kindly and generously given a ride in an engine cab from fellow train enthusiast Nicholas – give him a follow on twitter if you enjoy all things train and plane!) 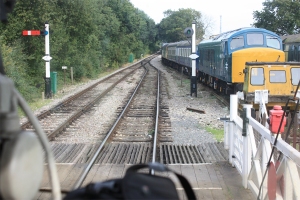 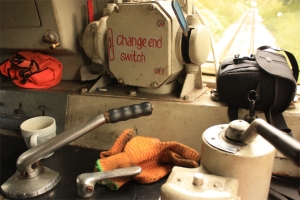 The only shot I could manage of the elusive Blake Hall – now a private residence!

To find out more about the Epping Ongar Railway and to plan your visit, please visit their website. They are also on twitter @eorailway. If you do visit them, I’d highly recommend purchasing their official guidebook, which is a really brilliant read.