The High Line is New York’s latest architectural triumph; a formerly abandoned elevated railway from the 1930s which has been transformed into an excellent park in which visitors are able to travel over viaducts and rails that once were used to deliver goods to the city. 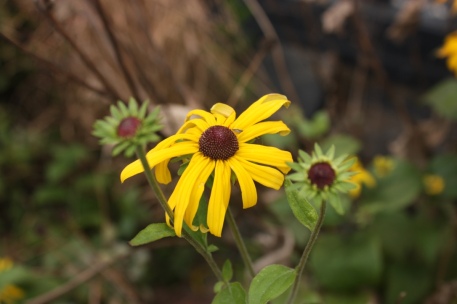 The history of this abandoned railroad starts in the mid 1800s. The tracks that were to become the High Line were initially built around 1847, when New York City officials decided to build tracks through the West Side of Manhattan in order to move a variety of freight goods (including milk, meat, and produce) throughout the city.

Originally, this rail line was not elevated. Instead, it ran at ground level alongside the busy streets of New York City. This proved to be a poor decision – injuries and fatalities became quite commonplace as pedestrians often fell foul of the oncoming trains and as a result, the area of Tenth Avenue that the trains occupied became known as ‘Death Avenue.’

In an attempt to save lives, men on horseback called The West Side Cowboys were employed to ride in front of the trains waving flags and alerting the people of the city to the arrival of the train. This rather strange strategy did not pan out in the long run (surprising, I know) and in 1934 the West Side Elevated Highway was constructed in order to run trains in a safer manner.

For this project, viaducts were built to enable the trains to travel safely along elevated platforms throughout the city. The High Line viaduct originally ran from 34th St to what was St. John’s Park Terminal at Spring Street. Rather than strictly following the avenue, the line went straight through city blocks and the trains that ran along this line could go directly into buildings (as the former tracks and discoloured brick work of the below photo illustrates.) The line continued to run goods trains until 1980, at which point the demand for the trains had significantly dwindled and the line was taken out of service.

Rails are built into strong stone walkway designs; deck chairs roll along old tracks and wheels. In some areas, nature has been allowed to take over – in others, bold planting choices make for attractive paradoxes between colourful flowers and cold rails. 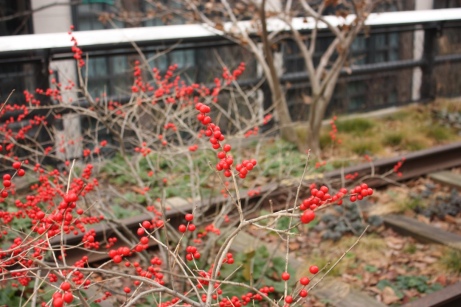 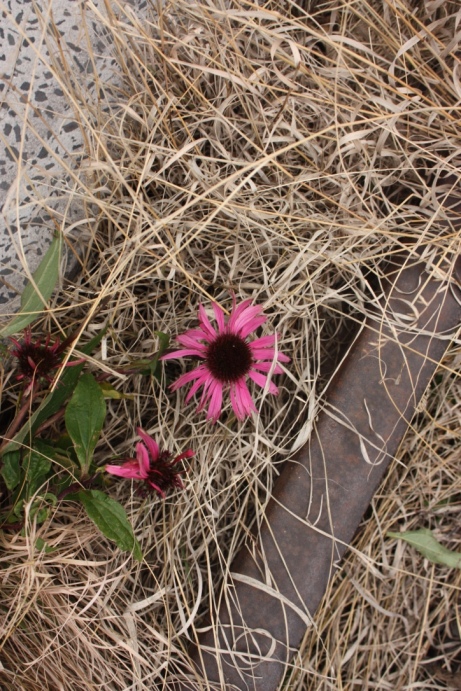 We visit on a freezing cold December day – and the High Line is packed full of people. Everyone maintains a good pace and there’s plenty of room for taking photos. It’s a lovely way to see a repurposed part of history, but also a great way to see New York from a very intimate and unusual viewpoint. There are also fantastic views of the river from the walkway. 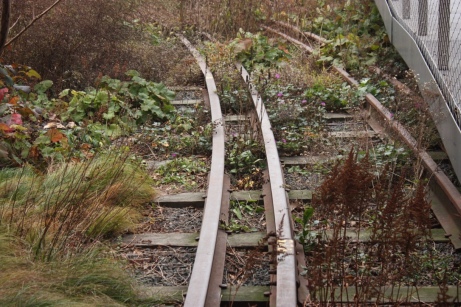 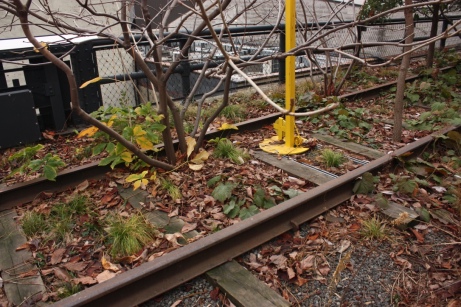 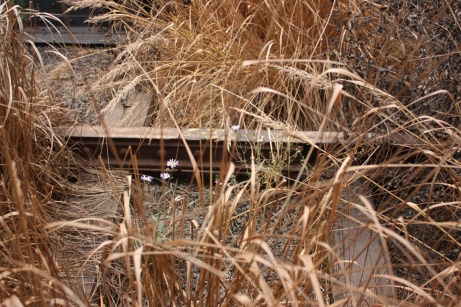 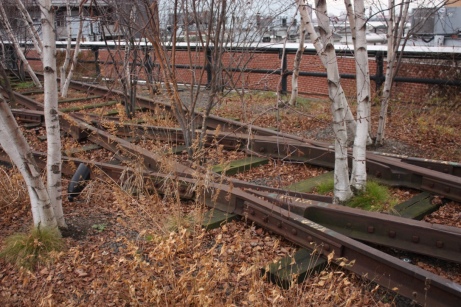 To learn more about the High Line, please visit The Friends of the High Line here or follow them on twitter @HighLineNYC