Following on from the post about submissions to the Londonist’s call for ‘Tube Etchings’ ( more info here ) and a suggestion that I do more quick sketches, I thought I’d try a couple new tube themed water colour sketches.

I decided I’d base them on this picture, which is one of my favourites. It’s from Harrow-on-the-Hill station during a Transport for London’s vehicles on the move day. On the left is a new S stock Metropolitan line train; on the right is a vintage train pulled by the Sarah Siddons electric locomotive (1923) comprised of old, but refurbished, Metropolitan line carriages. 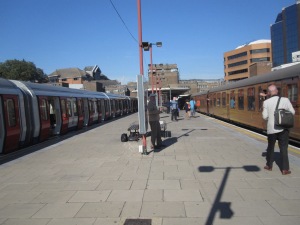 In order to get the angles lined up, I printed out the image and traced the angles through tracing paper. 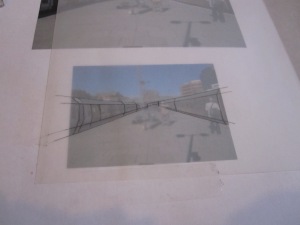 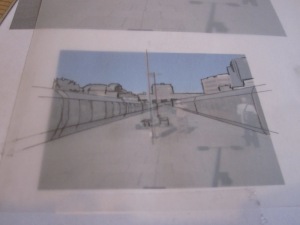 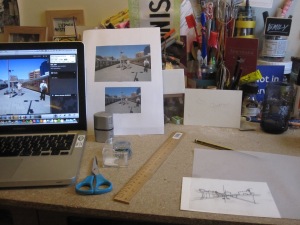 I decided to do two sketches. One is the mirror image of the other, as I used both sides of the tracing paper. The “reverse” one was meant to be the practice one, but I was surprisingly pleased with how it turned out.

First I went over the tracing paper on both sketches, and then drew the background, angles, and image in pencil. 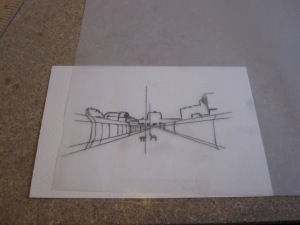 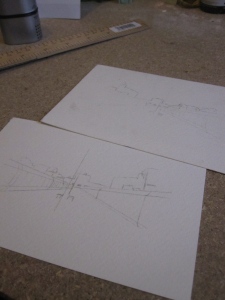 Then using watercolour, I began to fill the sketches in. One I started quite dark focusing on the trains; the other started with a softer approach to the background. 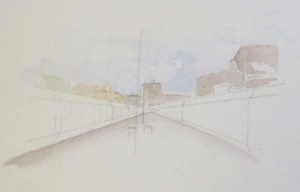 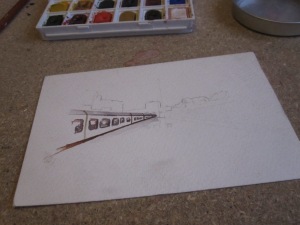 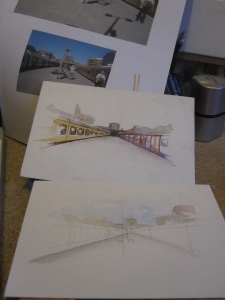 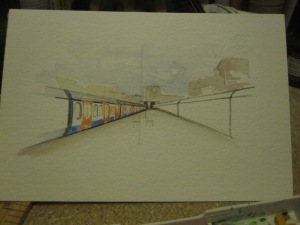 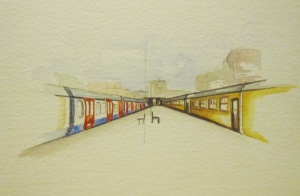 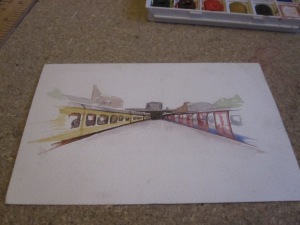 Once I got to this stage on both of the sketches, it was time to go over the accents with ink. 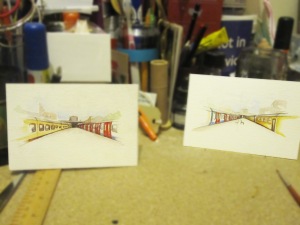 Here’s some images of the finished sketches. The pics are a bit dark; I did take them to be scanned but the scanner was a bit harsh (below) and I lost a lot of what I liked about them. 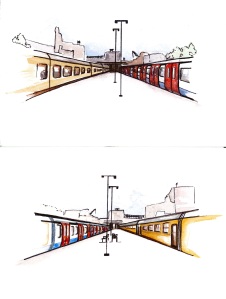 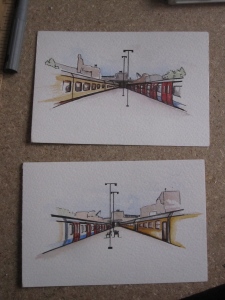 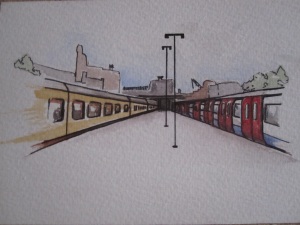 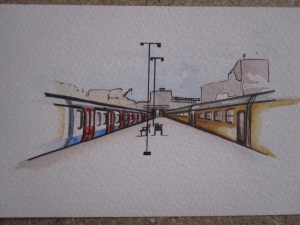 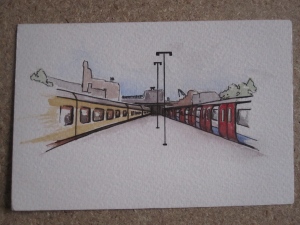 The images have now been submitted to the Londonist, so I’ll keep my fingers crossed that they may use one of them.